The Fusion Registry is able to validate datasets for which there is a Dataflow present in the Registry. 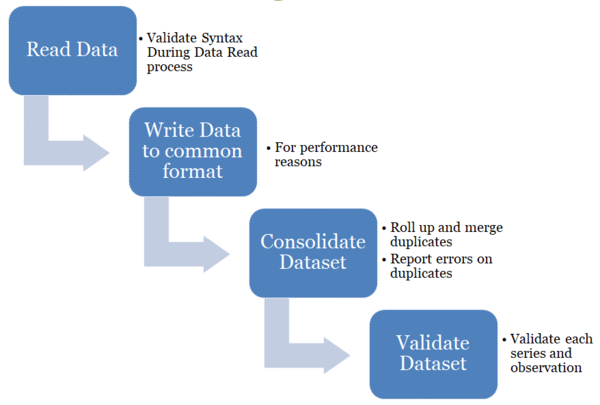 Syntax Validation refers to validaiton of the reported dataset in terms of the file syntax. If the dataset is in SDMX-ML then this will ensure the XML is formatted correctly, and the XML Elements and XML Attributes are as expected. If the dataset is in Excel Format (propriatory to the Fusion Registry) then these checks will ensure the data complies with the expected Excel format.

Part of the validation process is the consolidation of a dataset. Consolidation refers to ensuring any duplicate series are 'rolled up' into a single series. This process is important for data formats such as SDMX-EDI, where the series and observation attributes are reported at the end of a dataset, after all the observation values have been reported.

Example: Duplicate error for the observation value reported for 2009

Syntax Agnostic Validation is where the majority of the data validation process happens. Like the name suggests, the validation is syntax agnostic, and therefore the same validation rules and processes are applied to all datasets, regardless of the format the data was uploaded in. 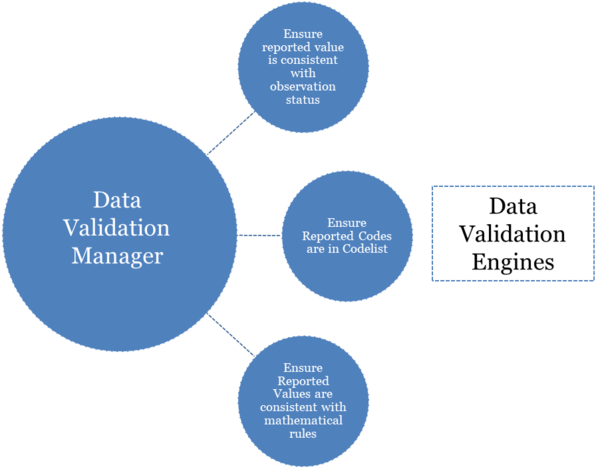 The following table shows each validation engine and its purpose

See the Data Validation Web Service for details on how to achieve this.

The data format has some impact on performance time, as the time taken to perform the initial data read and syntax specific validation rules are format specific. After the initial checks are performed, an intermediary data format is used to perform consolidation and syntax agnositc checks. Therefore the performance of the data consolidation stage and syntax agnostic data validaiton is the same regardless of import format.

Considerations to take to optimise performance is

When the server recieves a zip file, there is some overhead in unzipping the file, but this overhead is very small compare to the performance gains in network transfer times.

The following table shows the file size, and validation duration for each data format

Note 1: All times are rounded to the nearest second

Note 2: Total duration includes other processes which are not included in this table

As an aternative to the Fusion Registry web User Interface data validation web service can be used to validate data from external tools or processes.

Data Validation is by default a public service and as such a user can perform data validation with no authentication required. It is possible to change the security level in the Registry to either: